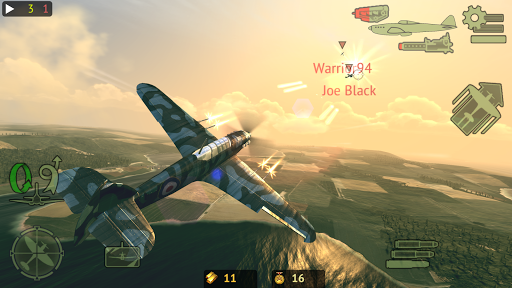 Deathmatch – classic player versus player mode, everyone is your enemy.
Team Deathmatch – hather your squadron and defeat the enemy team.
Last Man Standing – survival at its finest, last pilot alive takes all the glory.
Community Co-Op – cooperative mode against the A.I. Play missions created by the community.

Gather experience and military ranks, unlock medals, climb on the leaderboards to become ultimate pilot.
No loot-boxes or premium ammunition makes the rules plain and simple, your skill and determination is key to your success.